State of Emergency Declared In Georgia, Authorizes 1,000 Troops to Prote...

by Victoria Colliver,Wyatt Buchanan, Chronicle Staff Writers
The first U.S. clinical trials in more than 20 years on the medical efficacy of marijuana found that pot helps relieve pain and muscle spasms associated with multiple sclerosis and certain neurological conditions, according to a report released Wednesday by a UC research center.
Dr. Igor Grant, a UC San Diego psychiatrist who directs the center, called the report "good evidence" that marijuana would be an effective front-line treatment for neuropathy, a condition that can cause tingling, numbness and pain.
"We focused on illnesses where current medical treatment does not provide adequate relief or coverage of symptoms," Grant said. "These findings provide a strong science-based context in which policymakers and the public can begin discussing the place of cannabis in medical care."
Despite California's passage in 1996 of Proposition 215, which allows patients with a valid doctor's recommendation to grow and possess marijuana for personal medical use, the federal government classifies marijuana as an illicit drug with no medical use and has closed pot clubs and prosecuted suppliers. Thirteen other states have passed similar measures legalizing medical marijuana.
Proponents of medical marijuana see Wednesday's news as the turning of the tide for what they hope would become federal acceptance of pot's therapeutic benefits.

The report by the University of California's Center for Medicinal Cannabis Research can be found at www.cmcr.ucsd.edu.

CBS, which recently ran a superbowl ad sponsored by the extreme right-wing group Focus on the Family, has just rejected an ad by NORML calling for the legalization of marijuana.
The ad was supposed to run on Times Square billboards owned by CBS in New York City. The slogan at the end of the ad was simply “Legalize Marijuana – Billions in Taxes.”

CBS previously rejected ads from a variety of progressive organizations including MoveOn and the United Church of Christ by saying that it didn’t accept “advocacy” ads at all. In response to the controversy surrounding the Focus on the Family ad, however, the company claimed it changed its policy and would now accept “responsibly produced” advocacy ads.
An email from the ad buying company NORML used told the organization “that If CBS changes their morals we will let you know.”
CBS is clearly acting in bad faith as it accepts conservative political ads but not progressive ones. The company is not only banning NORML’s message, it is implicitly endorsing Focus on the Family at the same time.


Send an email to CBS and tell them to accept the NORML ad now!  Sign the Petition by clicking here.
Posted by soul on Tuesday, February 16, 2010 4 comments:

Students for Sensible Drug Policy is committed to providing education on harms caused by the War on Drugs, working to involve youth in the political process, and promoting an open, honest, and rational discussion of alternative solutions to our nation's drug problems

http://www.enddrugprohibition.com/?sid=5&sub=1
Posted by soul on Saturday, January 30, 2010 No comments:

By Mehmet Oz
What are the pros and cons of medical marijuana, as you see it? 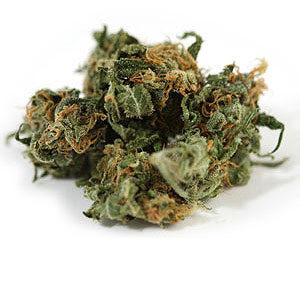 Any medicine that helps humans, I am supportive of. I'm cautious about medical marijuana because I know that some people will abuse it, but I hate to penalize suffering people just because of a few jerks. For me, it's more about helping people than breaking laws, and it's hard to say no to a man who's dying of cancer. If marijuana makes him feel better, stimulates his appetite, reduces his nausea from chemo, who am I to take it away from him? Or better stated: Why should we let a couple of jerks who abuse marijuana confuse us about our broader need to help people?
Read more: http://www.esquire.com/features/ask-dr-oz/medical-advice-0210#ixzz0dlYVXkz0
Posted by soul on Tuesday, January 26, 2010 No comments: